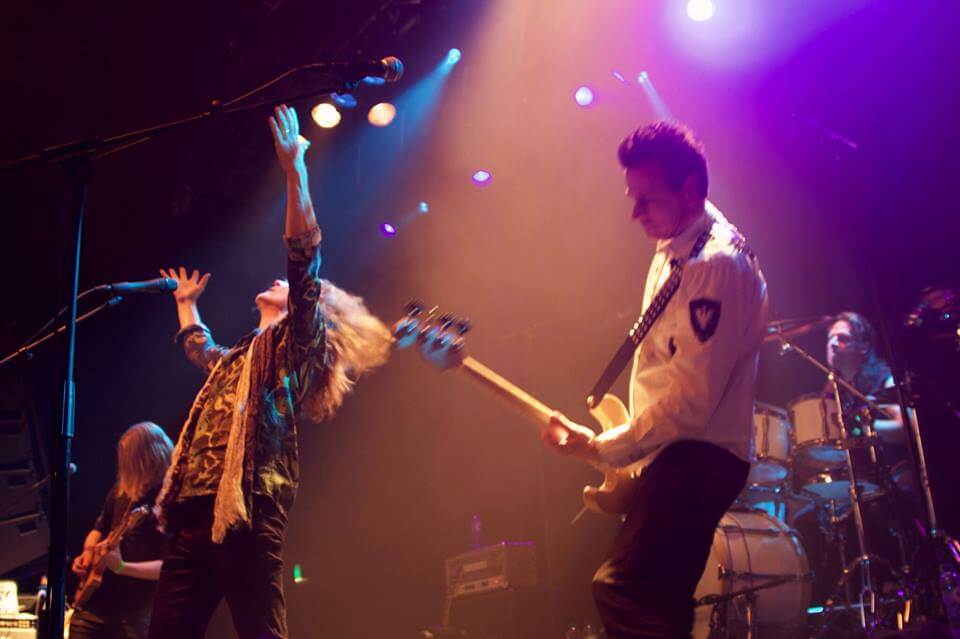 “New music on a Live DVD/Album…why not? On No Place Like Home – The Concert, we have two brand new songs. The first one is an almost ambient sounding tune called Valleys and Fields and was recorded on the spot at Reginateatern on the night we recorded the concert. The second one is called Chasing a Dream and quite frankly, what I’m telling you at the show is nothing but a lie. As I announce it on the show I’m informing you guys it’s a part of a big epic (which is true) but I’m afraid it won’t end up on our next album. This means this is the only chance you can hear the song in this very version. Who knows, maybe we’ll record the whole song for a future album?
We recorded Chasing a Dream at Studio Kjellaren in Uppsala, which is (was) a brand new studio together with sound engineer Kjell Sandberg. The reason is that he came up with an offer we couldn’t resist. Normally you put a “bonus track” after the actual show but why do something in a “normal way”? We placed the song where it was on the setlist and imho it works just fine. I think it comes as a pleasant change in the middle of the concert and I don’t think it feels weird at all (but then again that’s just me).

To make the recording of Chasing a Dream work since it’s a Live DVD/Album, we decided to keep the feeling of a live recording as much as possible. What you hear is the five of us singing and playing. No layers of sound, no subtle themes, no counter melodies or cool sound effects. It’s just the band rocking out in the studio. It’s very straight forward (even though the complexity of the song) raw and powerful and I like it…a lot!”

You can order No Place Like Home – The Concert at: https://hfmcband.com/shop