The man who is considered by many to be one of the best prog bass players around debutes with Kayak in ‘Cracks’, a track that can already be heard on the special webpage by those who pre order the new album ‘Seventeen‘.

Kristoffer Gildenlöw was born in Sweden but has been living in The Netherlands for several years now. He was a member of Swedish band Pain of Salvation, toured with (a.o.) Neal Morse and can be heard as session musician on many albums by for instance The Shadow Theory and Lana Lane. Currently he plays bass in Ruud Jolie’s project For All We Know. Kristoffer also works as guitarist, singer, keyboardist and composer: in 2016 his second solo album ‘Rain’ was released. At the moment he is the driving force behind a project called Breaking The Chains, also featuring Ton Scherpenzeel. 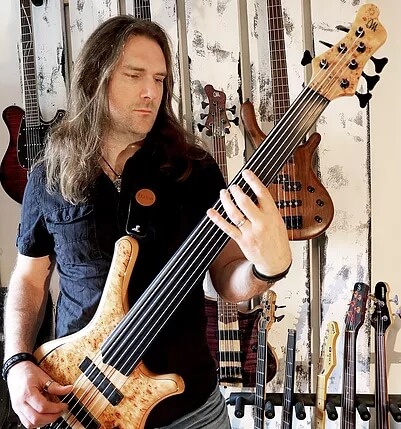