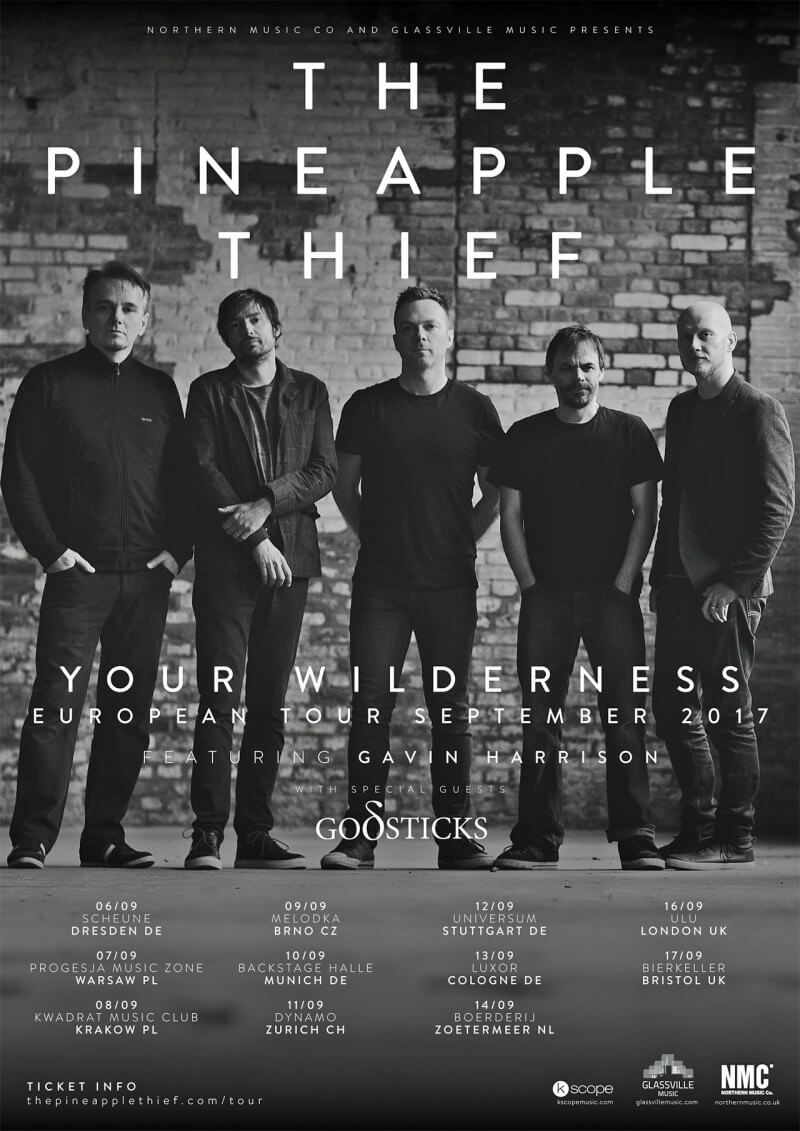 The Pineapple Thief have announced the second leg of their European tour in support of the critically-acclaimed album Your Wilderness. The new dates will see the band venture into Poland and Switzerland along with shows in Germany, Czech Republic, The Netherlands and UK. See a full list below.

The band will again be joined by virtuoso  Gavin Harrison (Porcupine Tree, King Crimson) on drums and Darran Charles (GODSTICKS) on guitar. As anyone who witnessed the shows earlier this year will attest, the new five-piece line-up has allowed Bruce, Steve and Jon to expand upon their signature sound, enabling the band to truly shine on stage.