What happens when you love classic progressive rock, alternative rock and brilliant pop music? You make it very hard for yourself..... but despite that, PreHistoric Animals have gained huge success in all these areas. 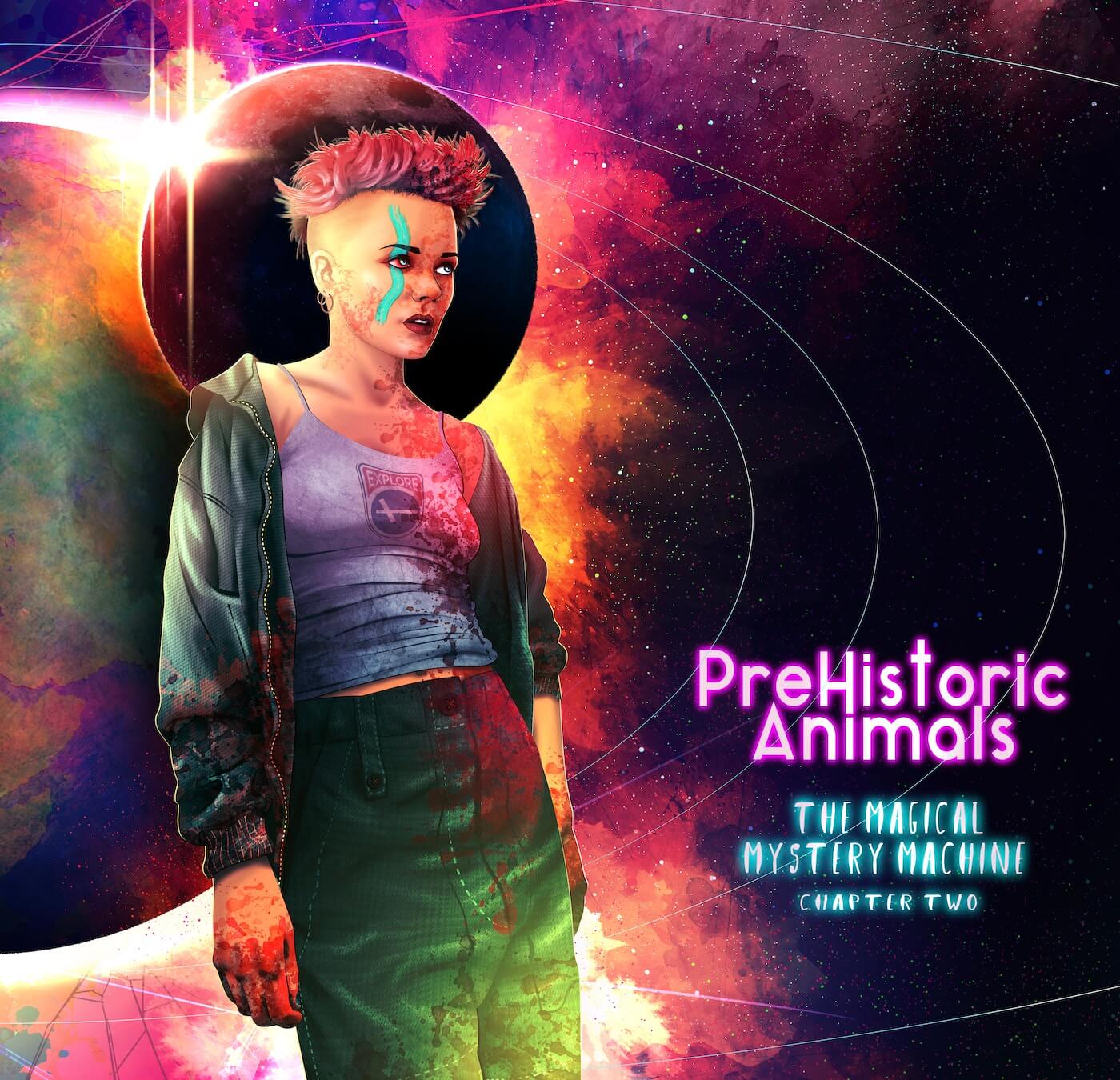 Samuel Granath and Stefan Altzar created the first album - Consider it a work of art in 2018 and when it was time for touring, Noah Magnusson and Daniel Magdic (Ex Pain of Salvation) joined the band. They made their first shows during 2019, for example Prog Power Europe where they got great response (even the food truck closed – just to see PreHistoric animals). As soon as they started to rehearse, they felt that there was a special kind of chemistry in the room, and they instantly started writing new material. The first Magical Mystery Machine tracks were written in 2019 and the album was released on September 30th 2020. Unfortunately, the pandemic has prevented them from going on tour with the album. So instead, they used their energy and creativity during the pandemy to write and record new material and TMMM (Chapter 2) was finished in july 2021. The new album – The magical mystery machine, chapter 2 – is the follow up on the story about Cora and Jareth collecting the essence of humanity. The story is sci-fi but deals with current issues in our society. Once again the album is written and produced by PreHistoric Animals. Mixed and mastered by Erik Berglund, while Richard Dearing has done some amazing cover art. During the time they also signed up with Glassville records and the album is scheduled for release in March 2022.